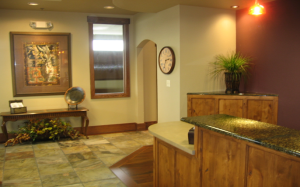 A former insurance defense attorney, Troy Ukasick has 30 years of extensive litigation and trial experience gained in courtrooms throughout Colorado, Wyoming and Southern California. Troy is passionate about helping those who have been injured as a result of the negligence of others get on the road to recovery and receive just and appropriate compensation for their damages. Originally from Basalt Colorado, Troy received his B.A. from Colorado State University in 1987 and his J.D. from California Western School of Law in San Diego, California in 1991. In law school, he clerked for the Honorable Michael J. Watanabe in the Arapahoe County District Court.  His legal career started in 1991 as an associate for the prominent southern California law firm Chapin, Brewer & Winet. After starting a family, Troy returned to his home state of Colorado in 1993 and joined the Fort Collins law firm Sommermeyer Wick Dow & Campbell. Troy was made a partner in 1996, and continued with Wick Bramer Ukasick & Trautwein for more than 9 years before leaving to start The Ukasick Law Firm in March, 2005. In addition to his own practice, Troy also serves as Special Counsel to the VanMeveren Law Group P.C. handling complex personal injury matters and litigation.

Troy lives in Windsor, Colorado, with his wife Jana.  Their son, Trent, graduated from the University of Oregon. GO DUCKS! Trent is currently studying to obtain his Ph.d at the University of Washington in Seattle. Their daughter, Korbyn, played basketball and graduated from Colorado College in 2017. GO TIGERS! Korbyn is currently on the women's basketball coaching staff at Northwestern University in Chicago. GO WILDCATS! The family is active in sports, with Troy and Jana heavily involved in coaching and supporting various youth activities in the area. Troy is an avid triathlete having completed numerous Ironman Distance races and previously served as the head varsity girls basketball coach at Liberty Common High School in Fort Collins.